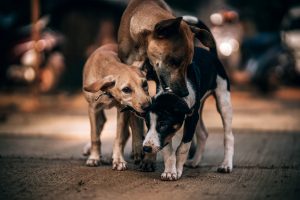 We are a group of veterinary professionals who’s main goal is to provide veterinary care in underserved areas of the world.  Uniquely, whenever possible we focus our efforts on areas of disaster and destruction. We are a 100% volunteer organization.

After working side by side for many years in various other organizations, a small group of veterinarians, veterinary technicians and scientists came together to form the 501(c) 3 non-profit organization called Visiting Veterinarians International.

Visiting Veterinarians International’s mission is to provide veterinary care to areas of the world who lack appropriate veterinary care or have limited access to veterinary care. Our efforts are to help control the stray animal populations, minimize suffering, prevent zoonotic disease, educate pet owners on veterinary maintenance needs and whenever possible provide assistance to pets in areas who have suffered from disasters or accidents. Each campaign we organize is in collaboration with local animal welfare groups to help support the community for continued subsistence with ongoing veterinary care after we are gone.

All of our members are 100% volunteers who travel at their own expense to help support animals in need. Each volunteer provides their own airfare to the location, gives up their vacation time at work and provide their skills and knowledge to help these animals. Each campaign is dependent on fundraising and grants to provide the necessary medications and supplies to perform each campaign. 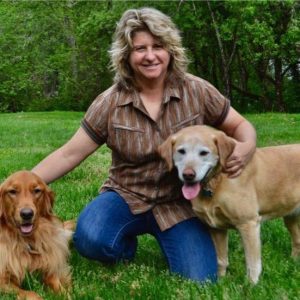 Dr. Jennifer Betz was born and raised in Florida where she earned her undergraduate degree in Biology at the University of South Florida in 1993. She graduated from Auburn University College of Veterinary Medicine with her DVM degree in 1997. Dr. Betz owned and operated a private small animal practice in Sandy, Oregon for 20 years. Her professional interests are in orthopedic and soft tissue surgery as well as veterinary forensics.

During her career as a private practitioner she worked concurrently as a Federal Employee for the Department of Health and Human Services, NDMS, on the National Veterinary Response Team (NVRT), where she was instrumental in the relief efforts during Hurricane Sandy’s Aftermath. Dr. Betz also works as a professional responder for the ASPCA National Field Response Team (NFR), Formerly (FIR), working on large scale anti-cruelty cases such as dog fighting, cock fighting, hoarding and puppy mills. Dr. Betz has provided veterinary care to displaced animals during hurricane disasters, Katrina, Sandy, Irma and Maria.  In her spare time, she often volunteers her skills providing veterinary medicine and surgery in underdeveloped countries with different organizations such as Veterinary Ventures, CANDI, Animal Balance, SPCAI and AVMF. She is currently the Veterinary Medical Director for Dogs of Chernobyl with the Clean Futures Fund. She is founder and board member president of Visiting Veterinarians International and also sits on the board of Veterinary Ventures. Dr. Betz obtained her Masters degree in Veterinary Forensics from the University of Florida in August of 2019. Dr. Betz is also an instructor for the National Animal Cruelty Investigation School through the University of Missouri, Law Enforcement Training Institute.  She is an active member of the Oregon Veterinary Emergency Response Team(OVERT), the American Veterinary Medical Association (AVMA), the Oregon Veterinary Medical Association (OVMA), and the Portland Veterinary Medical Association (PVMA). In her personal life she enjoys hiking, restoring old cars, skeletal articulations and competing in Dock Dogs and Extreme Air Dogs competitions with her Yellow Lab, Sidney and her Golden Retriever, Roxy. 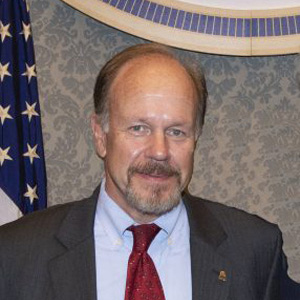 Tim Mousseau is a Professor of Biological Sciences at the University of South Carolina. He is also the Director and co-founder of the Chernobyl + Fukushima Research Initiative, a multidisciplinary, multinational research collaborative aimed at studying the biological effects of radioactive pollutants resulting from nuclear accidents, atomic bomb tests, and nuclear power plants.

Past positions include serving as Dean of the Graduate School, Associate Vice President for Research, and Associate Dean for Research and Graduate Education for the College of Arts and Sciences, all at the University of South Carolina. He has also served as a Program Officer for Population Biology at the US National Science Foundation (NSF) and as an adjunct Professor of Entomology at Clemson University.

Professor Mousseau’s formal training (MSc, University of Toronto; PhD, McGill University; postdoctoral studies at the University of California, Davis) was in ecology and evolutionary biology with an emphasis on understanding how organisms adapt to seasonal environments. More recently, he has become an internationally recognized authority concerning the impacts of radioactive fallout from the Chernobyl and Fukushima disasters on natural populations of animals, plants and microbes. He has served on panels at the National Academy of Sciences concerning cancer rates and the impacts of radioactive leaks near nuclear power plants.

In total, Dr. Mousseau has authored or edited 12 books and published more than 220 scientific papers related to his research. He is an editor for the New York Academy of Sciences and the journal, PLoS One. His publications concerning genetic variation, the adaptive role of maternal effects, and the effects of radiation in natural populations are among the most highly cited in these fields. In recognition of these accomplishments, he has been awarded USC’s highest research prizes, the Russell Award for Research (2018) and the Breakthrough Leadership in Research award (2019), and is the 2019 recipient of the Governor’s Award for Excellence in Scientific Awareness. He is a Fellow of the American Association for the Advancement of Science (AAAS), The American Council of Learned Societies (ACLS), and the Explorers Club (NYC).

For the past two decades, Dr. Mousseau has emphasized the importance of public outreach and science education as an integral part of his work. To this end he has been invited to present his research at more than 120 keynote, plenary, symposium, and university lectures around the world over the past 10 years.  His research has been featured in the New York Times, The Economist, CBS TV’s 60 Minutes, Scientific American, the BBC, CNN, PBS, the State Newspaper, and the Charleston Post and Courier, among many other media outlets. Publicly, he is perhaps best known from his many TV appearances including Animal Planet TV shows (e.g. “Life After: Chernobyl” and “River Monsters”), National Geographic specials (e.g. “One Strange Rock”) and several appearances on Science Channel’s “What on Earth” series, among others. 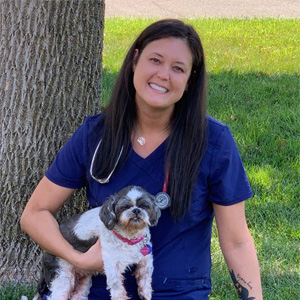 Dr. Ailien Britt earned her Doctorate of Veterinary Medicine from University of Missouri-Columbia in 2005. Her professional interests include canine and feline soft tissue surgery and critical care. Dr. Britt is Head of the surgery department at Webster Groves Animal Hospital & Urgent Care. She is an active member of the Missouri Veterinary Medical Association and Greater St. Louis Veterinary Association.

She is a volunteer member of the MO Veterinary Volunteer Corp. Dr Britt has been doing international spay/neuter campaigns since 2011 where she currently acts as board member on two international organizations, Visiting Veterinarians International and Veterinary Ventures. She has had the opportunity to attend many campaigns in Mexico, Fiji, Belize, and Chernobyl, Ukraine. Dr Britt enjoys giving back her time to help those in need by providing veterinary education, surgery, and critical care in underdeveloped countries. When she is not working, she enjoys an active outdoor lifestyle and travel with her family, pets, and friends. 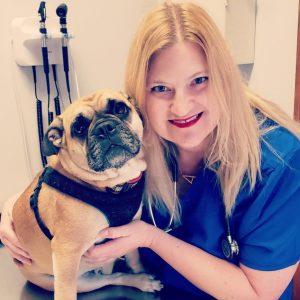 Dr Andrea Klepzig earned her Doctorate of Veterinary Medicine from the University of Missouri-Columbia in 2005 and become a Certified Canine Rehabilitation Therapist in 2018. She has practiced in Missouri, Illinois, Alaska and Colorado. She has worked in emergency medicine, private practice and shelter medicine. Professionally she enjoys canine and feline surgery, internal medicine, emergency/critical care medicine and rehabilitation.

Dr Klepzig has traveled internationally to participate in spay/neuter campaigns located in Belize with Veterinary Ventures and to the Ukraine with Dogs of Chernobyl. She is excited for the opportunity to be a board member for Visiting Veterinarians International where she can continue to provide veterinary care and use her experience and passion to assist animals in need globally. Dr Klepzig is currently working in St Louis, Missouri at a private practice.